US : the country of inequalities

economic1 education11 health care1 incarceration1 inequalities1 US20
Income and Poverty Income inequality refers to the extent to which income (revenue streams from wages, salaries, interests, dividends from shares of...

Did you know that the poorest half of the US owns only 2.5% of the country’s wealth? How much do you think the top 1% owns, then? Try 35% of the national wealth.

The Stanford Center for the Study of Poverty and Inequality published an article called “20 Facts About US Inequality that Everyone Should Know”. This facts are really 20 categories in which inequalities are raging in the country, from education to health care or even race (surprised?).

We all know the so-called “American Dream”, a delusion of an utopian version of democracy. The United States might once have been a land of opportunities, but it stands now as the richest and one of the most unequal country of all.

Let’s have a look at four of the categories at the core of the issue (Income and poverty, Health Care, Education and Incarceration) :

Income inequality refers to the extent to which income (revenue streams from wages, salaries, interests, dividends from shares of stock etc) is distributed in an uneven manner among a population. The top 1% of America’s income earners have more than doubled their share of the nation’s income since the middle of the 20th century. Inequality in America is growing, pushing a small number of “lucky” people even further from the others. Indeed, before the 1980s, lower-income earners owned a far larger portion of total US income than they do today.

Norton and Sorapop Kiatpongsan published a study in 2014 in which they aimed at assessing perceptions of income inequality. They found out that the average American believes that the richest fifth own 59% of the national wealth and that the bottom 40% own 9%. The reality is strikingly different: the top 20% of US households own more than 84% of the total wealth.

Amongst the population, there is a category of people that has suffered from income inequalities far more than the others: American lowest-range workers. In fact, after taking inflation into account, they have seen little to no growth in their real wages in the last three decades. According to Pew Research, most Americans believe the economic system unfairly favours the wealthy. And republican hard-liners like Donald Trump are targeting this share of the population, the one feeling left behind by the economic system, to try to blame it on globalisation or immigration. 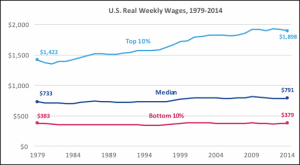 (Figure 2: “A look at pay at the top, the bottom, and in between” – Bureau of Labor Statistics)

Which brings us to our last part: economic inequalities seem to have fuelled the debate on migration, America’s eternal bone of contention. Indeed, many US citizens, especially in larger states close to the Mexican border, are reluctant to migration because they think lower-paid illegal workers would poach their jobs and drag down wages. Not only is this wrong (see “Let them in and let them earn” from The Economist, 29/08/15), but this fear is also perpetuating the circle of injustice and inequality.

Now, where do income inequalities really come from? Whether you are an economic student or not (I won’t hold it against you), this is simple to understand: the richest families in the country (we are talking about the 0.1%, even the 0.01%), have been piling assets since the 19th century. Their wealth, mostly coming from interests in savings and private incomes, has only been temporarily diminished by the First and Second World Wars. Since the 1980s, almost this exact same group of people has seen their revenues skyrocket, coming from extremely high-paid jobs. And this, of course, only makes the process of capital accumulation even easier (as Piketty pointed out, in “Le capital du XVIIIè au XXIè s).